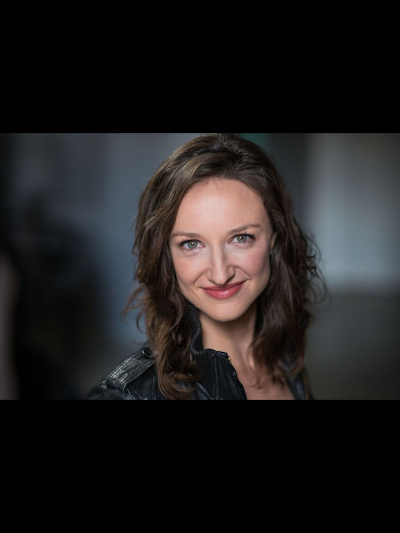 What an honor to be a part of Bedlam Theatre Company's reading of Titus Andronicus!

BREAD Arts Collective returns to Barn Arts in Maine, performing in residence our original variety show, Everything Must Go!

Happy to be revisiting Zodiac Math, performing one night only at the wonderful Strand Theatre in Rockland, Maine!

Lewis & Anderson release the latest chapter/music video from our alter-ego creations, Veruca and Dex. The rocdoc/video is called "Measured in K's", check it out on YouTube:

BREAD debuts at IRT with a staged reading of our original play-in-progress, SOUR DOUGH!

BREAD Arts Collective begins the development of our next two originals works of theatre: Roar! and Sour Dough.

Thrilled to be a part of Zodiac Math, as the guitar player in the band! Zodiac Math is a brand new play from BREAD member Elizabeth May, performing at Theatre Mitu in Gowanus, Brooklyn, November 1, 2 and 3rd!

I have officially become the new Captain of BREAD Arts Collective! Here's to our exciting 2019 season in the works!

"Owls and Echoes", written and directed by Hope Olaide Wilson, was screened at the Made in NY Media Center in BK! I am very honored to be one of the featured actors in the film, and can't wait to see where this amazing short film with its phenomenal cast and crew will go.

BREAD was the resident theatre group for the entire month of July at the incredible NACL Theatre in the Catskills of Sullivan County, NY! We participated in the Kaleidoscoping Festival and presented a new, original play, "dioramarama"!

Performing as Autolycus in Backroom Shakespeare's production of "The Winter's Tale" at Soda Bar!

BREAD returns with Pumpernips 4.0: "Another Nip For Your Pleasure", at Cloud City, BK!

Thrilled to be newly represented by Andreadis Talent Agency, NYC!

Landed a juicy role in the upcoming short film "Owls and Echoes", written and produced by the amazing Hope Olaide Wilson!

I returned to Maine to perform with the Barn Arts Collective in The Rocky Horror Show at the wonderful Strand Theatre in Rockland, Maine. I returned to the role of The Narrator and the electric rhythm guitar player in the band!

Landed a co-starring role on ABC's Quantico as Special Agent Jane McKinnon! Catch my episode soon this season in the new year!

Booked a role as a sympathetic cyborg in the short film, "Tess"!

BREAD Arts Collective returns with "The Great American Casket Company" at Green-Wood Cemetary, Brooklyn. I am one of the playwrights and leads of the piece! Here's a link to a great review by Brooklyn Magazine: http://www.bkmag.com/2016/06/07/immersive-theatre-greenwood-cemetery/

Thrilled to return as Toby Bletch in Barn Arts Collective's Down East Tour of "12th Night!".

Honored and thrilled to join the Barn Arts Collective's 12th Night! production as Toby Belch, performing November 6th at the gorgeous College of the Atlantic!

Thrilled to be working again with the Barn Arts Collective as we stage The Rocky Horror Show in Bar Harbor, Maine! I will be playing The Narrator and electric guitar.

Lewis and Anderson are back, performing our latest one-act, "The Joshua Complex", the third of our theatrical offerings, at R&D Studios!

Rise and Fall returns every Sunday at People Lounge in the LES, September 13-November 22! Check out our great review from the Village Voice: http://www.villagevoice.com/arts/a-rise-and-fall-that-brecht-would-thumbs-up-7649324

I am honored to be joining the cast of "Old Souls", a gorgeous folk musical this August at Barn Arts Collective in Bass Harbor, Maine!

BREAD will be performing "Rise and Fall" through June 21st on Sundays at People Lounge, NYC. We have had a glorious 19 performance run, and we promise to return in September!

Lewis and Anderson return with our crowd favorite, "Veruca and Dex Take It Back!" at Jack Arts Center in Brooklyn!

My episode of I Love You...But I Lied, "RIP", airs on Lifetime Movie Network!

The writing/performance duo I am half of, Lewis and Anderson, will debut our new one-act "Veruca and Dex Take It Back!" at R&D Studios in Brooklyn!

Booked the lead role in an episode of a new Lifetime Movie Network show!

Booked the role of a 1890's nurse for the upcoming ABC show "Forever"!

White Alligator is selected for The Best of Brooklyn Film Festival.

Recorded the radio play "Meet Me at Short Sea" for the Distilled Theatre Company, available for free on iTunes at DTC Radio!

Got my Actor's Equity card!

Performed the role of Universal Woman in "Keeping Abreast" at the Secret Theatre.

Booked a role in the independent film "Half Way Home", coming soon!

Performed in "Hooker Raft" and "Wolf Girls" by the amazing playwright Ben Lewis at Greenpoint Gallery!

Was a resident artist this summer at The Freight Artist Residency in Cambridge, NY.

Working with 3 Sticks Theatre Company, we developed and performed a folk opera "Shadow", based on Hans Christian Andersen's short story.

Cast in the Off-Broadway production of one of my favorite plays, "The Balcony", by Jean Genet. I play Chantal, the face of the revolution!

Adapted, produced and filmed "Let Him Eat Steak", based on the one-act I wrote!

Interviewed for the independent documentary "Where The Work Is", an film about theatre luminary Austin Pendleton, who directed me in "Pizza Man" by Darlene Craviotto.

Booked a secretary role in the independent film "White Alligator"!

Won the Best Actress award at The Network's One-Act Festival at The Barrow Group Theatre for my performance in "Let Him Eat Steak", written by myself. The play was a finalist in the competition for Best Play.

Appeared in the the hysterical "Meet the Hitlers" at the Wild Project, NYC.

Booked the role of Homeless Woman on the "Thanksgiving" episode of Blue Bloods on CBS!

November 2011
My one-act, “Let Him Eat Steak,” is being produced as part of a spooky evening of theatre called “PLAYdead,” premiering at the Red Room Theatre.

Performed at the Kentucky Repertory Theatre’s world premiere of “Where I Come From,” by Eric Daniels, directed by Christopher Sanderson and Harry Burton.

September 2010
My first film, National Lampoon’s "Dirty Movie", has been picked up for distribution by Lionsgate Films!

Performed in "Glimpses" at the Arclight Theatre, NYC.

May 2010
Performed in “UWC” for the Lower East Side Arts Festival.

Lyndsey Anderson is a theatre, tv and film actress based in Brooklyn, New York. She has appeared in feature films, primetime television, Off-Broadway, Slamdance Film Festival, and the Hoboken Film Festival.

Lyndsey is a founding member and Captain of BREAD Arts Collective, and is one-half of Lewis and Anderson, a playwrighting and performance duo.

With her dedicated generation of theatre artists, Lyndsey produces and performs in experimental and traditional spaces throughout Manhattan, Brooklyn, Queens, and beyond. Lyndsey is also a published poet, playwright, guitarist and meditation teacher.